You don’t mean to, obviously. There aren’t many of us that go out of our way to offend the locals when we travel. Most of us try to be respectful.

But that doesn’t mean you’re succeeding. The world is a minefield of cultural and lingual differences, and a gesture that’s perfectly acceptable in New Zealand can be highly offensive in another country. If you’re doing any of the following, then you’ve probably been making more enemies than you realise…

1 Displaying The Soles Of Your Feet

You’d never think twice about it in New Zealand, but if you’re in Asia, India or the Middle East and you start flashing the soles of your feet at people, you’re going to be causing offence. The soles are considered the lowest, dirtiest parts of the body in those countries, and flashing them is definitely a no-no.

Everything is A-OK! Except, it’s not if you’re giving someone the thumbs up in Iran, or Afghanistan, or even in Italy or Greece. In those countries, the thumbs up signal means the same thing as a raised middle finger does in ours. Best to just keep your hands in your pockets.

In Anglo culture, it’s not only fun, but pretty much standard to go out to the pub and binge like it’s 1999. That’s not the done thing in plenty of other countries though. No one gets fall-down drunk in, say, France, or Italy, or Spain. Drinks are there to be savoured, not smashed. Doing otherwise definitely will not endear you to the locals.

You meet a stranger, you smile, right? It’s a way of demonstrating your good intentions. Unless you’re Russian, that is. Russians are extremely undemonstrative, and wary of people they don’t know. If you run around smiling at strangers in Russia people will think you’re mentally ill.

5 Filling Your Own Glass

Don’t do it. Don’t reach for that bottle and pour yourself a drink. In Japan and Korea that’s not just considered bad form, but also bad luck. Wait for someone else to fill you up. Don’t worry, you won’t have to hang around long.

6 Eating With Your Left Hand

Anywhere in the Americas, you’re fine. Anywhere in Europe, also not a problem. Africa? No dramas. However, it’s once you get to India, and Sri Lanka, and parts of the Middle East, that eating with your left hand becomes a problem. There, left hands are used for, shall we say, toiletry functions. Not, under any circumstances, eating. Only use your right hand, unless you want to be stared at in horror the entire meal.

In another sign of how fraught with danger any hand signals are, in plenty of countries pointing at something – or, especially, at someone – with your index finger is considered extremely rude.

No doubt your mum warned you back when you were a kid not to slurp your soup. Well, forget all that if you’re in Japan or Korea, where loudly slurping your noodles is a great way of showing appreciation to the chef (and cooling off the hot noodles).

Think about it: how would you feel if someone approached you at your workplace and starting taking photos of you, getting right up in your face with a huge DSLR camera? Probably fairly annoyed, which, not coincidentally, is also the way many people overseas feel when you do the same thing to them. If you really have to get that shot, at least ask politely first. 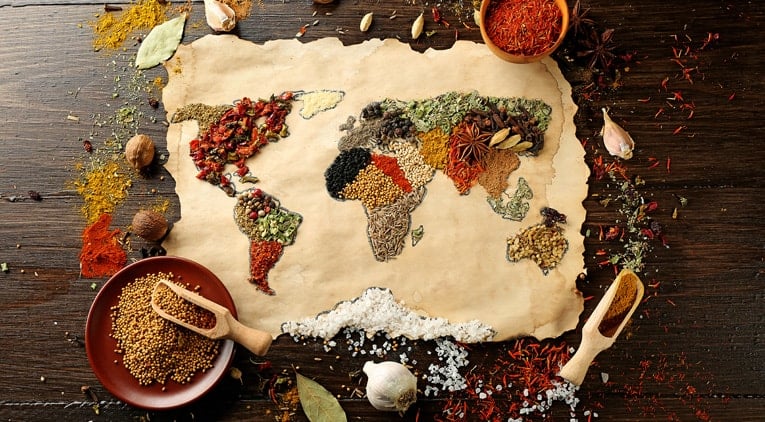 There’s a lot riding on this. Possibly even the success of your entire trip.

What Are You Wearing?!

Is the meal worth the price of a plane ticket? In these cases, it definitely is.

There are always signs that you’re about to be robbed.